we are currently reviewing the output of MRtrix on our data, and we came across an issue with some subjects. However, we do not really know how to interpret this and what we should do next. Basically, it seems that in some individuals, small bits of the GM/WM boundaries are out of the brain, as seen below. 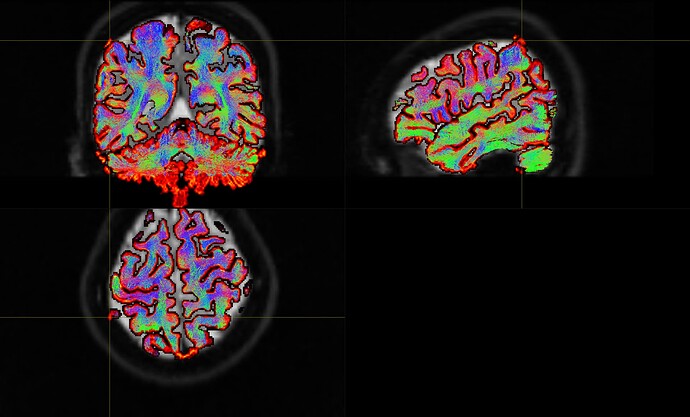 fullview_501920×1161 171 KB
When we overlay the 200k.tck image, we see that in most of the cases, the fibers are correctly not reaching into that “miscalculated” boundary. However, sometimes it does contain a few fibers. 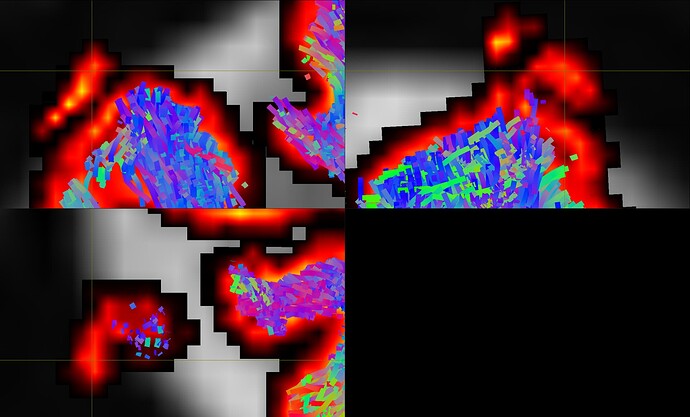 This is all before the application of the SIFT2 command tcksift2 -act 5tt_coreg.mif -out_mu sift_mu.txt -out_coeffs sift_coeffs.txt -nthreads 8 tracks_10M.tck wmfod_norm.mif sift_1M.txt. Would this command fix this? How can we check it? Is there a “rule of thumb” of when to discard/rerun participants or continue despite this apparent small miscalculations? We were looking for examples of good/bad track images in MRtrix, but did not find anything that could be helpful in that sense.

Thanks a lot for your work and support!

The effect you’re looking at is best considered by looking at the 5TT image. The streamlines tractography is downstream of such; and indeed so is the GM-WM interface estimate image, it just looks for gradients between the WM and GM tissue components.

In the cases presented, it looks fundamentally like a brain masking problem. If all you have is a T1w image, and you’re just looking at image intensities with minimal prior spatial information, then the meninges and skull don’t look all that different to the brain (i.e. they’re closer in intensity to WM/GM than they are CSF). So if those non-brain tissues creep their way into the brain mask, and tissue segmentation is then done based on relatively naive intensity information, then you will get nonzero WM & GM tissues out there. Therefore the first thing to do would be to check the brain mask: particularly if you’re using 5ttgen fsl, and relying on that script to extract the brain via FSL’s bet, that can often have residual issues, so you might be better off using some other method to define the brain mask and then provide that as input to 5ttgen fsl.

Alternatively if you were to use the more advanced 5ttgen hsvs, which utilises the FreeSurfer estimated pial surface, that would be more likely to exclude those voxels; or, in the event that the FreeSurfer surface estimation fails to track the outer GM surface and erroneously encompasses some of those regions you highlighted, due to the internal operation of that algorithm those voxels would get included exclusively in the cortical GM component, in which case the outcomes of ACT tractography would be unaffected.

Thanks for your answer. We checked some of the stuff you mentioned and had a look at the mask images. The mask images look fine, with the mask not going over the brain boundaries. 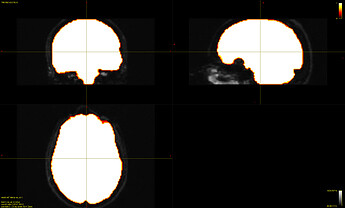 It might be relevant for the issue that we have single shell data (see: Error in mtnormalise with problems with gmfod in dwi2fod).
We also checked if using 5ttgen hvsv makes any difference, but we could see any (left hvsv, right fsl): 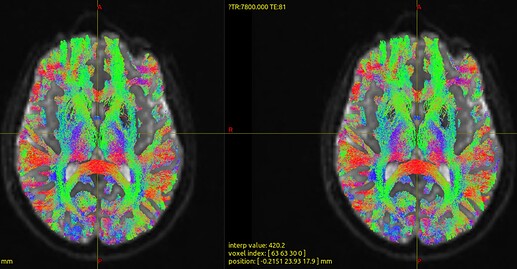 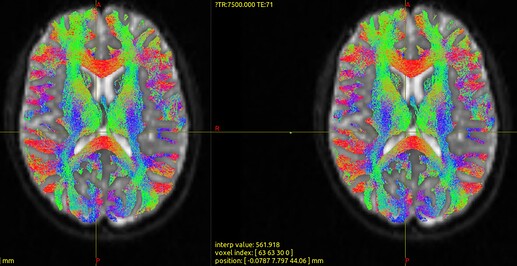 Is the problem in the data (might due to being single shell)? Or could the problem lie in the calculation of the tracks themselves with a too high threshold for where to create tracks, maybe?
Thanks again!