Hey there
I am running the FBA analysis pipeline for MSMT data and I keep running into an error when using the mtnormalize function.
When running locally, the function just breaks with the message mtnormalise: [SYSTEM FATAL CODE: SIGSEGV (11)] Segmentation fault: Invalid memory access. Debugging with the -info flag showed that the error appeared at the output writing phase.
I then tried to run it in my HPC cluster, since I thought it was a memory issue. There, the code actually ran, but it produced empty output.
I thought it could be a problem with the input to mtnormalize but mrinfo shows a different picture
wmfod.mif being that input. 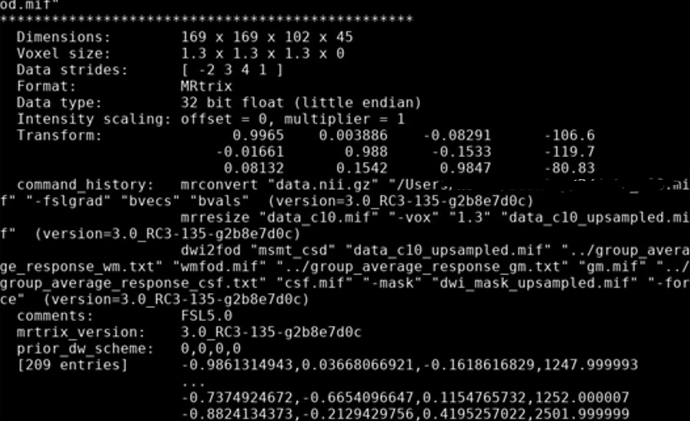 Issue was solved.
Turns out, I was masking the data not with binary mask but with the diffusion data itself. No wonder it crashed.
Best