I performed whole-brain anatomically-constrained tractography on a single-shelled diffusion dataset (b = 1300, 64 directions) and encountered a strange phenomenon in about half of the participants (people with Parkinson’s disease). There was a hole in the splenium where there few or no streamlines reconstructed (best visualized on the sagittal view). 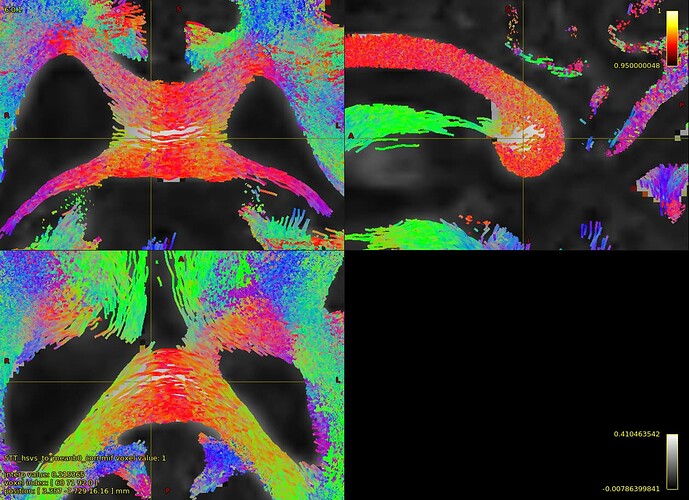 I had a look at the FODs and they look fine to me so don’t understand why streamlines weren’t tracked through there. 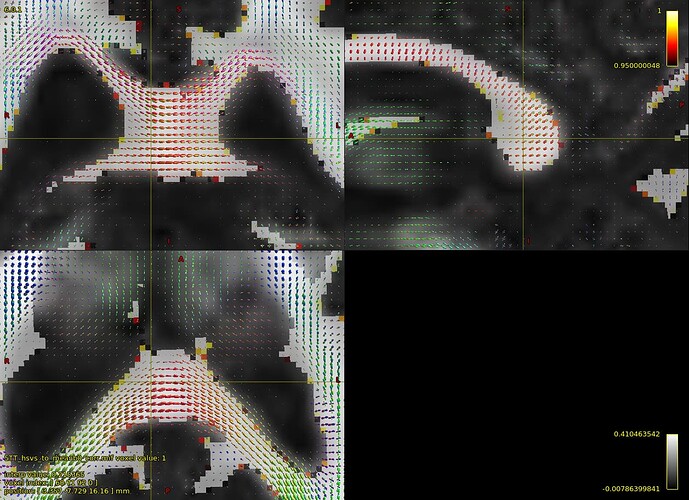 The 5TT WM segmentation is overlaid in both images, and shouldn’t be limiting the streamline propagation as far as I can see.

Any ideas about why this is happening and what I can do to fix it (if it can be fixed)? I’ve tried increasing the angle cutoff and that didn’t really change much. Would appreciate any assistance!

Just to follow-up on this, I reran the tractography on a lower resolution version of the data (1.5 mm3 instead of 1.25 mm3) and this specific issue thankfully disappeared.

Sorry, missed this the first time around (along with a million others…

Not sure what could be causing this, or why downsampling would solve the issue… Is this problem reproducible? If you repeat the tracking, is the problem still apparent in those results? It might be worth trying with a really simple setup with a few thousand streamlines and a -seed_sphere placed just in that region, and having a closer look at whether the problem is there even in this case. It might help to narrow down which aspect of the tractography is causing the problem…

No worries, and thanks for the suggestion!

I did try a few different tractography settings (changing the angle and the FOD cutoff value) but it didn’t change much.

Don’t really have the time to get to the bottom of this, but perhaps at a later time.