I am trying to run ACT tractography based on Brainnetome Atlas (BN) on HCP dataset using ISMRM tutorial for such analysis. It is a fine-grained atlas that is highly being used by the fMRI community and can be used for DWI-fMRI combinational studies.

I’ve got a few questions, and please accept my apologies in advance if the subject becomes a bit FreeSurfer-y.

This generates BN_Atlas+aseg.mgz which visually resembles aparc+aseg.mgz with higher values for subcortical nuclei. However, I am not sure whether my commands are correct or not (I highly suspect that I should use --aseg aseg instead of --aseg BN_Atlas_subcortex.mgz) 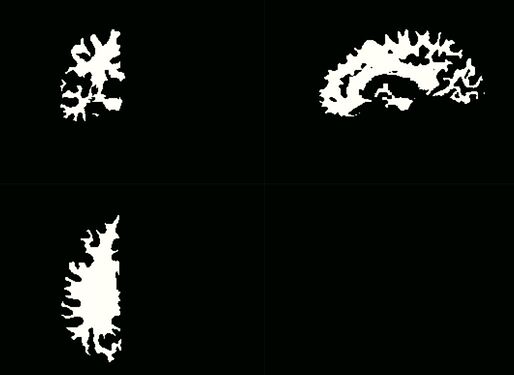 Firstly, as noted at the top of that page, the ISMRM tutorial is only there for historical reference; it shouldn’t necessarily be used as a basis for building a more complex analysis.

Secondly, I would try to avoid describing this process as:

… to convert native-space FreeSurfer default labels to BN …
… aparc+aseg.mgz does not include the BN labels/codes …

, since this isn’t a matter of “modifying the existing FreeSurfer labels”, but of using a different set of labels defined on the surface template space and projecting them into the individual voxel space in a manner similar to that used by recon-all to generate aparc+aseg.mgz.

Otherwise, I do now have my BIDS App for connectome construction working with the Brainnetome atlas; the set of commands utilised there may provide some instruction, though I seem to recall having not been terribly happy with the resulting images so it’s possible that I’m myself not using the optimal approach.

I’m not quite sure what it is that you’re trying to achieve here. The purpose of the labelconvert command is to map the integer indices in an image from one LUT to another; so having the same LUT for both input and output becomes essentially a no-operation (with the exception being that any integer values present in the input image but absent in the LUT would be zeroed).

I would also note that I’m using BN_Atlas_246_LUT.txt, not BN_Atlas_210_LUT.txt, and that I deemed the labelconvert step to not be required in that case. I don’t recall the differences between the two LUT files as I did that work quite a while ago (and it all gets excised from my memory once I have things working), but I would definitely advise checking to see if you are simply using the wrong lookup table.

I am also trying to use brainnetome atlas in freesurfer and having similar issues. I have few questions -

I will be very thankful if you reply.

Again, apologies that this code may also be wrong cause I left this project a long time ago for some reason. Please update me if you reach out any conclusions.