after resampling a TractSeg generated bundle to equidistant planes using the -line option (Thanks again @rsmith) I want to sample diffusion metrics from it.

Of those only 131 hold values, the rest is just empty.
I noticed this because after loading the extracted metrics into R dataframes all the six bundles I look at have a different amount of streamlines even though the tck files used for sampling should all have 2000.

Do I do something wrong or is this possibly a bug? 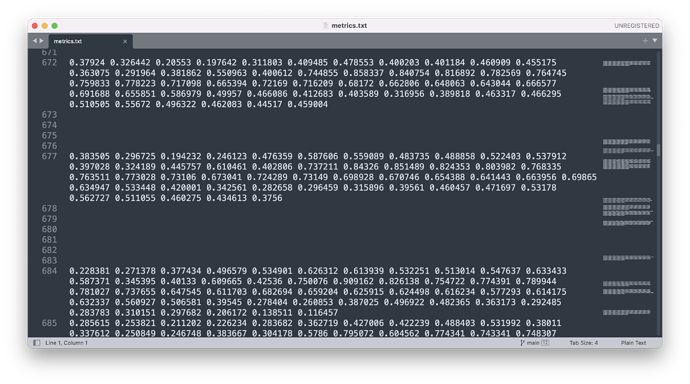 But the “problem” isn’t where you think it is.

(If you really want to get into the esoterics: A preferable way to deal with this would be to use some form of “flag” in the track file to say “the streamline is still here, but this specific vertex along the streamline is unspecified”. The trouble is that we can’t do that, because the only reasonable flags with which to do so (infinities and NaNs) already serve functions in the .tck file format as delimiters. Solving this problem therefore requires devising a whole new format for tractography data; which is already underway…)

I would suggest being a little more conservative with where you set the endpoints of your exemplar trajectory.