Cut off brain after dwi2fod

Hi guys,
I have a problem performing the command dwi2fod.
Every time I let the script run, the dwi2fod-files first look fine in mrview.
But when the script has finished, almost all files lack the cranial part of the brain (see image).
To create the rfe-file (estimation of response function) I used the dwi2response Tournier-command.
Using the shview-command, the rfe-file looks like this (see below). 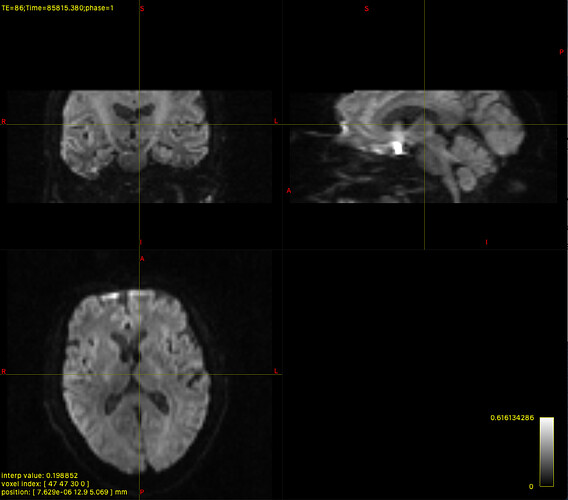 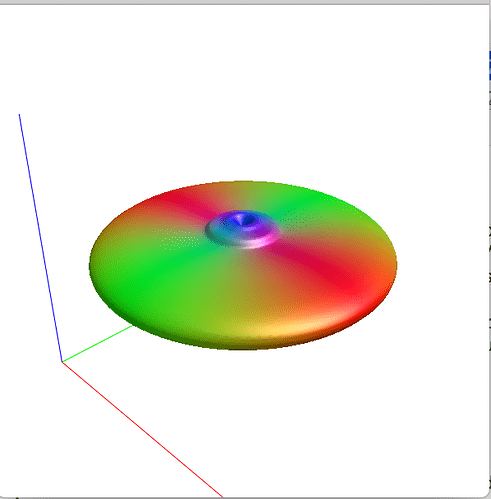 But when the script has finished, almost all files lack the cranial part of the brain (see image).

Can you confirm that the progress bar displayed by dwi2fod definitely incremented its way to 100%, and the command wasn’t terminated prematurely (which can happen through a range of mechanisms)?

Otherwise, it’s a slightly unusual problem. This kind of “truncation” can happen with streamline data, if the size of the track file exceeds a limit imposed by e.g. a file system. The size of the output ODF image would need to be > 2GB I suppose for that to be even considered a possibility, which would require very high resolution data; plus I’d expect mrview in such a case to complain about the file being of a different size than that predicted by the voxel count, rather than those voxels being zero-filled. Alternatively if something within your processing environment is constrained to a 32-bit memory width, that could prevent MRtrix3 from reading / writing image data beyond a certain point; this I think can happen with MSYS2 on Windows, even though it’s labelled as a 64-bit environment, due to the compilation tools utilised. So it’s worth at least letting us know what environment you’re using, which version of MRtrix3 (& whether you’re using a downloaded package or have compiled from source code), and also trying specifying the output image in a different location if you’ve been e.g. trying to write to an external HDD.