This is the image with lowest pFWE values: 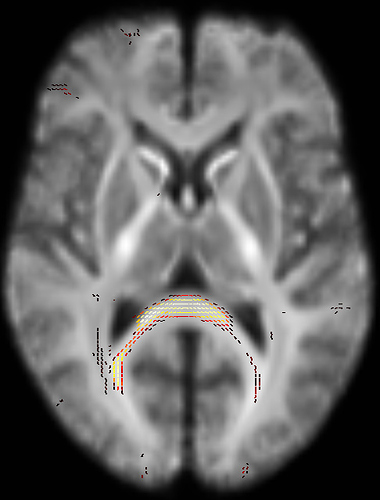 And this is the image with puncorrected<0.01(1-p in the visualization tool) 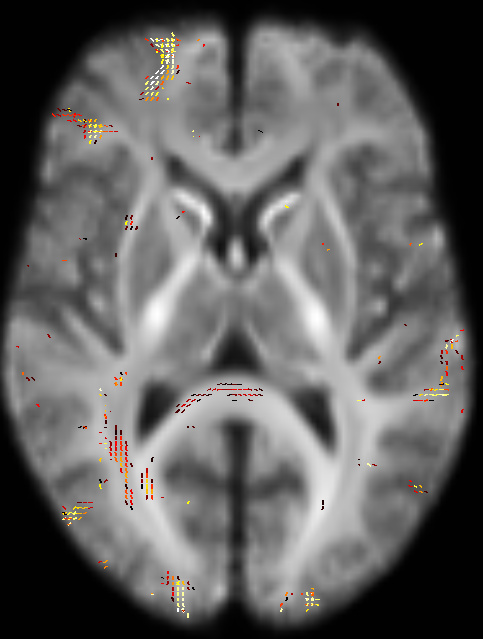 Thanks in advance,
Ane

No, they wouldn’t be expected to match. The puncorrected values report the per-fixel p-values with no attempt to correct for multiple comparisions. In contrast, the pFWE report the p-values after correction for multiple comparisons, which involves the whole connectivity-based fixel enhancement framework, which enhance the t-values based on neighbourhood support: the higher the t-values in a given fixel’s neighbourhood, the higher the level of enhancement. So the pFWE values are not simply a scaled version of the puncorrected values. Regions with low puncorrected values may well end up with high pFWE values if they are part of a large neighbourhood where the effect is consistent – and vice versa. See the manuscript linked above for details.