I was just wondering if is there any commands related to it in MRtrix3.

Funny, I’ve just had recent conversations about precisely this…

Short answer is: I think we can do something that approximates this very well relatively easily. I’d need to work out the exact sequence of commands though, but it shouldn’t be too difficult.

Give me a minute to work this through, I’ll update once I have something.

OK, this seems to kinda work. It’s not the same approach as in the paper mentioned, but I think it’s a broadly similar idea. The main difference is it takes out the CSF contribution from the raw DWI signal, rather than computing both the CSF fraction and tensor elements jointly. In my opinion, this makes it more general since you end up with the CSF-suppressed DWI signal, which you can process however you want – but the disadvantage is that downstream processing will probably become unstable in regions where there is no longer much signal – as you’ll see from the screenshots below.

The main idea is:

Here’s what this produces on some test data. As you can see, the DTI fit becomes unstable in CSF regions. Not sure if that’s what you were after… 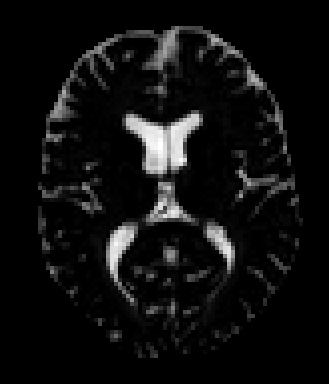 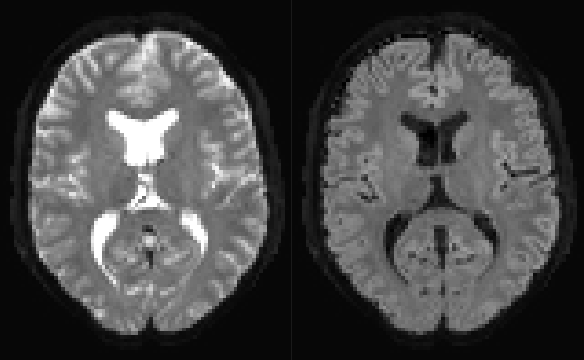 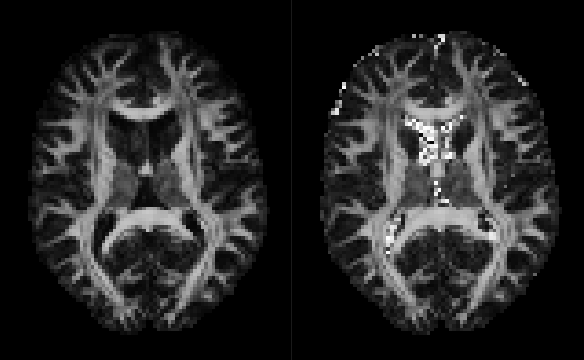 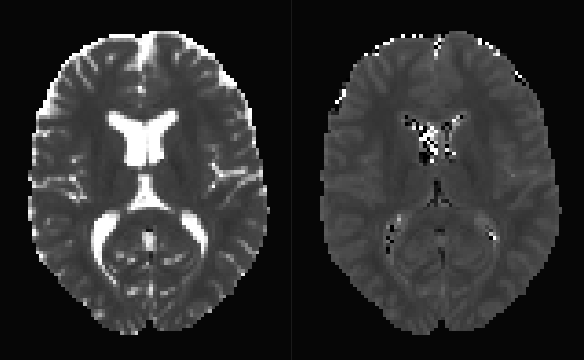 Great. It might work for my purposes. Thanks a lot, Donald.

I’m interested to try this approach in my dataset (neonatal data), however I don’t have the last mrtrix version (I have the version 3.0_RC3-15-g9494da8d), so I have to edit some of the commands:

It shows the following error:

Yes, unfortunately you’ll need these changes to shconv and sh2amp, which are only available in 3.0.0. The main issue is that both commands were only capable of handling single-shell data till now.

This can probably be done using older versions, but it would require a lot of scripting and massaging to handle each shell in turn and recombine into a coherent DWI data set – and the b=0 volumes will probably need to be handled separately as well. I personally wouldn’t recommend it. But you can always install 3.0.0 alongside your main installation if that helps…? Recent discussion on this topic here.

Thanks for you reply, I will do that.