Unfortunately the command ends with a warning: “[WARNING] Generated image does not perfectly conform to 5TT format:”

The _restore_brain run looks a lot better but I’m still wondering whether I should use the result or if I can tweak the generation somehow.

This is a slice of 5ttvis.mif from the _restore_brain input: 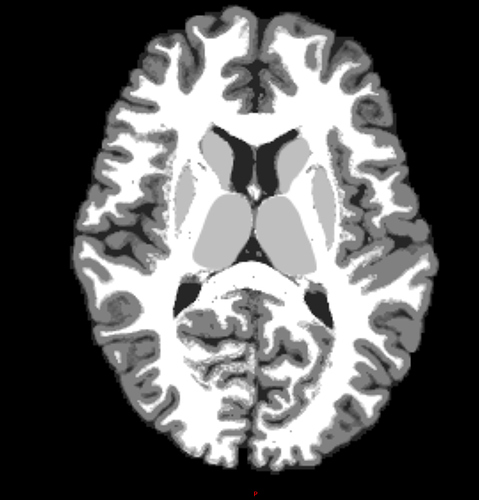 that command resulted in a messasge telling me that the file is a correct 5tt image. Which is a bit odd because the generation produced the stated warning. Thanks for your help I will just use this image now.

This warning can arise either due to:

In any case, as long as there aren’t any brain voxels where the sum of partial volume fractions is very different to 1.0, there shouldn’t actually be any consequences for tracking.