I sincerely need your inputs.

I am generating a final connectome matrix using an atlas with 268 nodes. I checked the image and it progresses from 1 to 268, so i skipped the label convert step.

i issued the tck2connectome command and the connectome was completed without any errors but when i examined the final csv file,the weights looked really high, i have attached a screenshot.
For the weights,i used tcksift2.

Is this expected? does this indicate something is wrong?

Thanks for your prompt response. 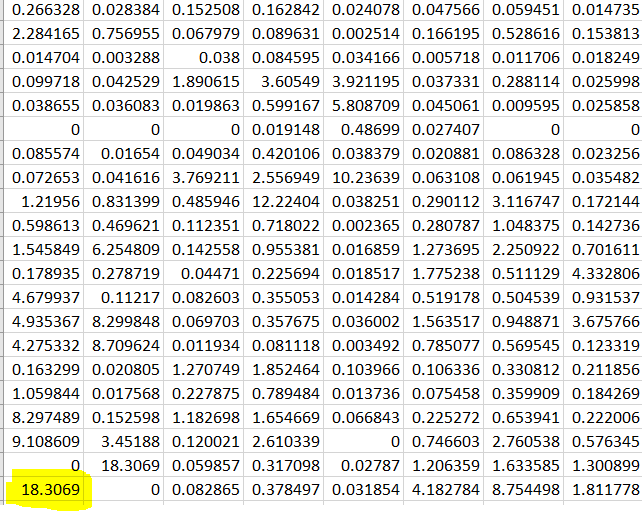 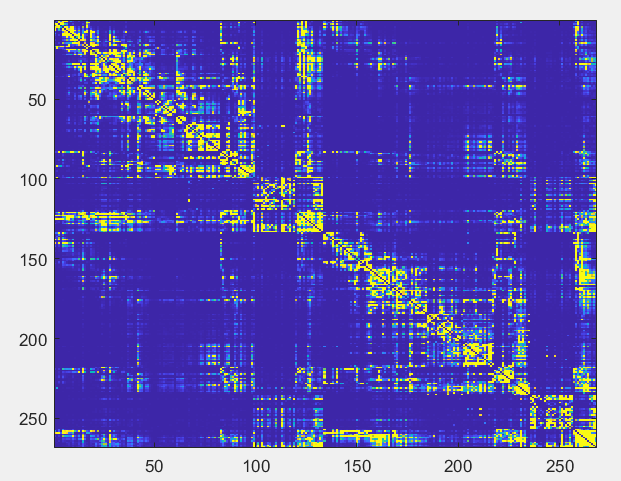 If anything, for a connectome generated using SIFT2 weights, the values in your connectome matrix look small to me. An edge to which only a single streamline was assigned would typically have a value of around 1.0. So I’m guessing that you’ve included some form of additional scaling factor on top of this when determining the per-edge connectivity values.

Given the highlight in your screenshot, is your concern not that “the weights” (i.e. all connectivity values) are large, but that there are individual edges for which the connectivity values are considerably higher than others? Because if so, that’s entirely expected. Indeed having every GM area connected to every other GM area with equal density would be exceptionally unusual. The maximal value you’ve highlighted is 2-3 orders of magnitude higher than the smallest non-zero value. In quantitative post mortem tract tracing studies it has been suggested that this figure is even greater; 5-6 orders of magnitude from the source I’ve used previously. In my own data I’ve seen ranges of this order (the amount of connection density variance possible between maxima and non-zero minima will depend on the number of streamlines generated). This is starkly different to e/g/ functional connectivity-based connectomes, where a measure like Pearson correlation is by definition restricted to a finite range ([-1 – +1] at most).

So your connectivity matrix both being sparse (many zero or near-zero connections, fewer high-density connections) and having large fluctuations in connection densities are entirely expected for this connectivity metric.