How can I get tracts travelling through an ROI?

I would like to know how to get tracts travelling through an ROI using tckgen? For instance, I draw an ROI in a white matter tract in a rodent brain. Then, I want to get all the tracts traversing through the mask (pink). I have uploaded an image below.

Below is an image of a coronal plane FA map of the rodent brain. I drew an ROI that is pink in colour. However, I want to get all the tracts traversing the ROI. I have shown the tracts I expect from the white matter region is in blue color. 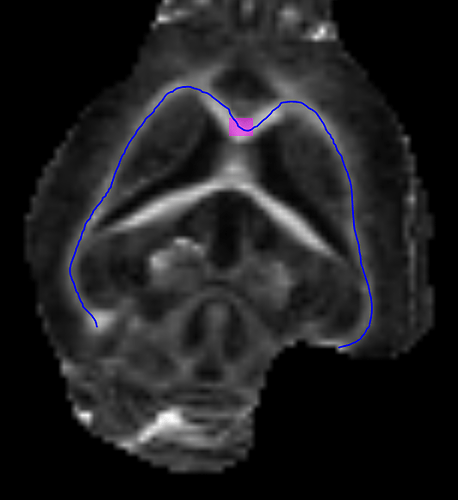 That would normally be achieved using the -include option in tckgen. Is that what you were after?