I am trying to register a subject’s T1 scan to their diffusion scan with the following commands:

The problem is that my final output T12dwi.nii image contains missing slices intermittently when I run the above commands. No error is thrown and it can work but if I run the same commands again- the displayed image shows a slice or 2 missing- see attached image.

The diffusion scan has been preprocessed:

Has anyone encountered this before? 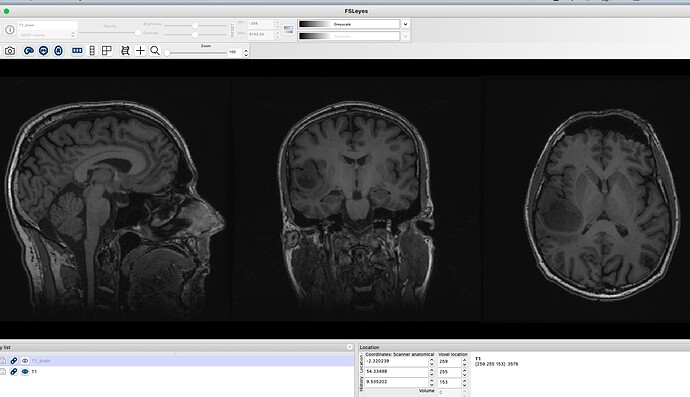 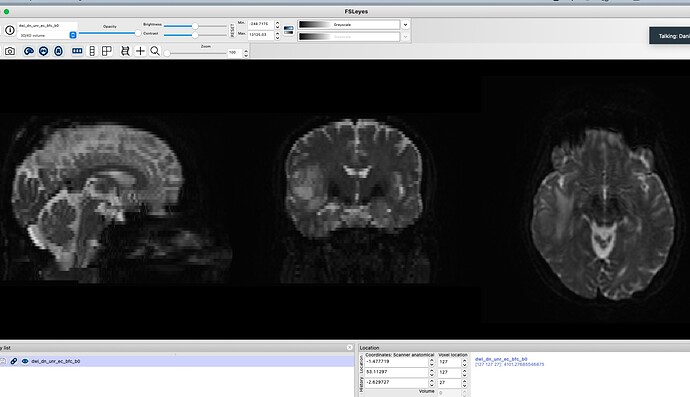 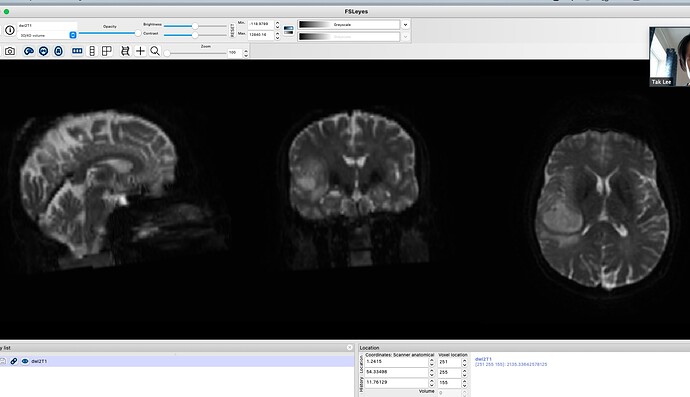 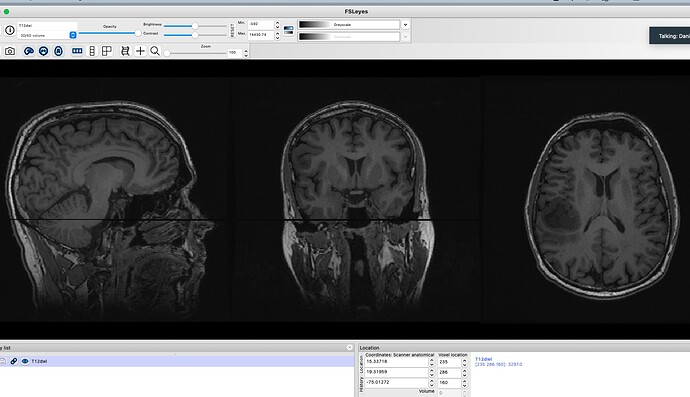 mrtransform -linear without for instance the -template option does not modify the voxel data, the transformation is applied to the image header. So unless the dark stripe is visible in the input (mrview $t1 -interpolation 0 or $T1), I have no idea what might be causing this issue. To get to the bottom of this:

Thanks for your answer.

I have tried to reproduce the problem but it seems to have disappeared… I was unable to recreate the problem on a different computer. I then modified my pipeline to run 5ttgen on my T1 prior to running flirt and mrtransform to bring the 5tt output in DWI space.

Thus far, it seems to have worked. If it happens again, I will try your detailed suggestions and update the forum with the outcome.

Thanks again for the suggestions.