Registration fMRI to mean b0 for TW-FC

I am new to fMRI and would like to register my pre-processed fMRI data to mean b0s to run TW-FC. I have followed this previous post (TCKDFC question), but the registration doesn’t seem to work for me. In particular, the resulting fMRI image is unusually large (550MB, whereas the initial fMRI image is only 128MB) and it doesn’t even look like a brain anymore when I open it in mrview.

I am running the registration as follows:

and get the following results:
the preprocessed rs-fMRI image: 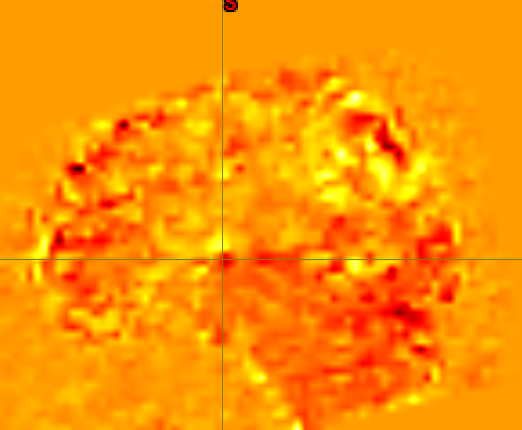 registered to the mean b0 image:

gives me this co-registered fMRI image: 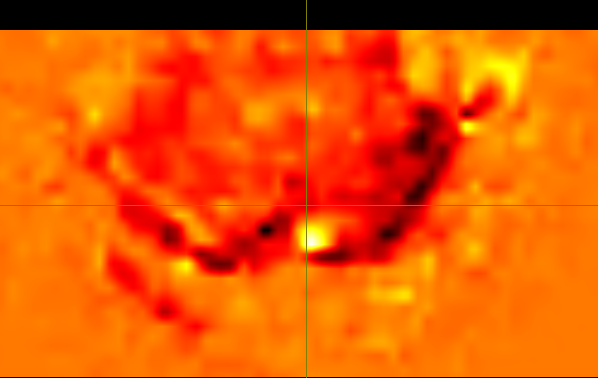 I have also tried various things with transformconvert and mrconvert, with limited success. I am sure there is an easy fix for this. Any help would be hugely appreciated.

I don’t think your initial flirt call is giving the command much of a fighting chance. What the registration process needs is two images whereby when the two images are aligned to one another in space, the similarity metric is minimised, whereas if the alignment is poor, the value is larger. Demeaning fMRI data removes the very anatomical contrast that a registration algorithm requires in order to assess such alignment; as such, what comes out as a numerically optimal transformation to make those two images “most similar” is anybody’s guess.

This is a key benefit in separating out the concepts of registration and transformation: images with high anatomical contrast should be used for performing the registration (i.e. figuring out how to move the images to make the biology overlap in space), but once you have determined the optimal spatial transformation to achieve that alignment, you can then apply that transformation to any image data you wish, such as a pre-processed fMRI image that doesn’t contain any anatomical contrast.

Running mrinfo on all images involed would likely shed some insight on this; but getting the registration & transform operating correctly is of much higher precedence.