Dear All,
I have ran the anatomically contrained tractography on my DTI data with bvalue =1000 and bvecs= 56 directions. where I get the attached SIFT corrected tractogram but I am not sure it is correct or not.
So plaese have a look and let me know your point of views. 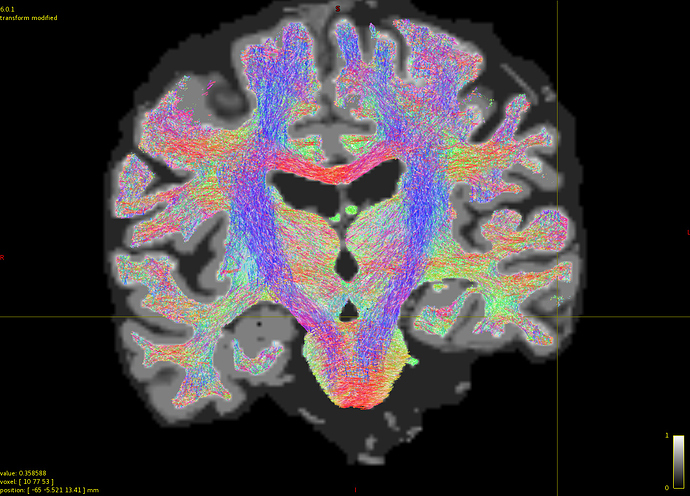 The data look basically as expected:

The low-ish b-value means that the interpretation of FOD amplitude (and concomitantly streamline count post-SIFT) can’t be interpreted as being proportional to intra-cellular volume / cross-sectional area with confidence… but applying SIFT nevertheless is likely still preferable to omitting that step.

Thanks Smith for your response.
I have created a dentato-rubro-thalamo-cortical tract using the Same data but avoiding the ACT as I was not getting any streamlines after applying the ACT (I am not sure what is the region).
Now I want to calculate the fiber count reaching from dentate to thalamus. Could you please guide me How I can achieve this Goal.
Please guide me in further analysis.
Attached an image of the tract 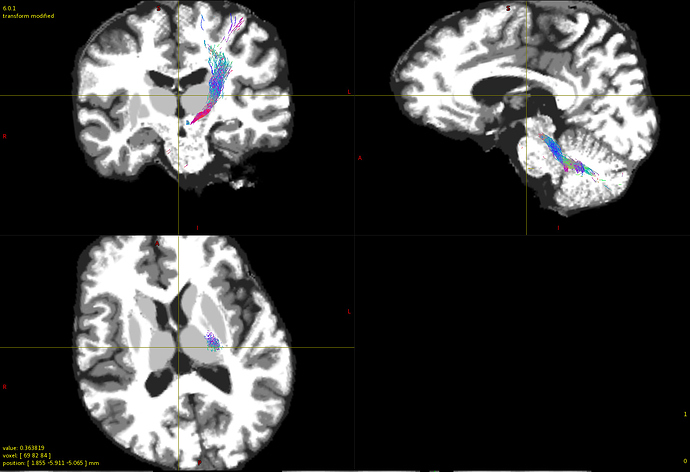 Once you have created a track file containing only those streamlines of interest, examining the header of the track file using the tckinfo command will tell you how many streamlines are present in that file.