I would like to characterize demyelination based on DWI imaging. I know that RD is a DTI metric to assess demyelination but I wonder whether fixel analysis would be of interest in this case?

I know that RD is a DTI metric to assess demyelination

It may be sensitive but not specific. Your question is too big to answer here, I’d strongly recommend having a look at these papers and references therein:

Promise and pitfalls of g-ratio estimation with MRI

The fiber g-ratio is the ratio of the inner to the outer diameter of the myelin sheath of a myelinated axon. It has a limited dynamic range in healthy…

T1 relaxometry of crossing fibres in the human brain.

A comprehensive tract-based characterisation of white matter should include the ability to quantify myelin and axonal attributes irrespective of the complexity of fibre organisation within the voxel. Recently, a new experimental framework that combines inversion recovery and diffusion MRI, called inversion recovery diffusion tensor imaging (IR-DTI), was introduced and applied in an animal study. IR-DTI provides the ability to assign to each unique fibre population within a voxel a specific value of the longitudinal relaxation time, T1, which is a proxy for myelin content. Here, we apply the IR-DTI approach to the human brain in vivo on 7 healthy subjects for the first time. We demonstrate that the approach is able to measure differential tract properties in crossing fibre areas, reflecting the different myelination of tracts. We also show that tract-specific T1 has less inter-subject variability compared to conventional T1 in areas of crossing fibres, suggesting increased specificity to distinct fibre populations. Finally we show in simulations that changes in myelination selectively affecting one fibre bundle in crossing fibre areas can potentially be detected earlier using IR-DTI.

I might be biased… but yes I’d recommend using FBA over tensor-based analysis but neither method is specific to specific myelin properties.

Thanks for this detailed answer !

Why do you say that it might be biased to use FBA over tensor-based analysis in this case?

was a somewhat tongue in cheek comment in that my pointing you towards our recommended pipeline could be influenced by some degree of brainwashing and/or emotional investment of working with people who developed these techniques. You’re coming to a Mercedes showroom and asking whether to get a Trabant or one of their 4x4s to cross the desert. That being said, if your data supports FBA and you want to investigate fibre-specific group-differences, FBA is currently your best way to get meaningful measures about fibre density and morphology.

Thank you for this objective explanation, I understand.

32 directions in the outer shell are at the lower end but I think should be sufficient. I’d suggest you try it out (read on here).

The interpretation of fibre density in FBA hinges on a few assumptions, in particular, the ability to suppress extracellular signal, a maximum b-value of b=2000s/mm2 gets you pretty far into that regime.

This article proposes a new measure called Apparent Fibre Density (AFD) for the analysis of high angular resolution diffusion-weighted images using higher-order information provided by fibre orientation distributions (FODs) computed using spherical deconvolution. AFD has the potential to provide specific information regarding differences between populations by identifying not only the location, but also the orientations along which differences exist. In this work, analytical and numerical Monte-Carlo simulations are used to support the use of the FOD amplitude as a quantitative measure (i.e. AFD) for population and longitudinal analysis. To perform robust voxel-based analysis of AFD, we present and evaluate a novel method to modulate the FOD to account for changes in fibre bundle cross-sectional area that occur during spatial normalisation. We then describe a novel approach for statistical analysis of AFD that uses cluster-based inference of differences extended throughout space and orientation. Finally, we demonstrate the capability of the proposed method by performing voxel-based AFD comparisons between a group of Motor Neurone Disease patients and healthy control subjects. A significant decrease in AFD was detected along voxels and orientations corresponding to both the corticospinal tract and corpus callosal fibres that connect the primary motor cortices. In addition to corroborating previous findings in MND, this study demonstrates the clear advantage of using this type of analysis by identifying differences along single fibre bundles in regions containing multiple fibre populations. 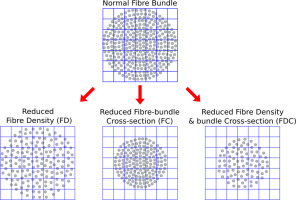 Thank you for the references, I will read these papers.

So you advice me to use the 32 b=2000s/mm2 for FBA analysis. Wouldn’t it be possible to gain in using both shells b=1000s/mm2 and b=2000s/mm2 for CSD as suggested here?: [http://userdocs.mrtrix.org/en/latest/constrained_spherical_deconvolution/multi_shell_multi_tissue_csd.html]

Yes, use all shells and the MSMT CSD FBA pipeline.